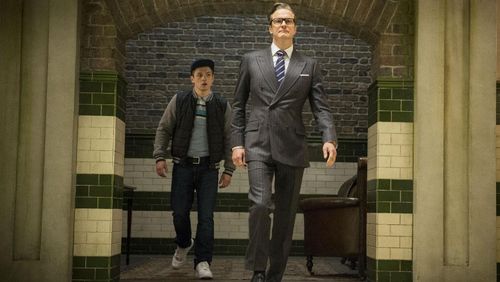 Director Matthew Vaughn loves comic books, a fact evidenced in his filmography, which largely consists of adaptations including “X-Men: First Class” and the graphic novel “Stardust.” Vaughn also has an affinity for the work of Mark Millar, author of “Kick-Ass” and “Kick-Ass 2.” Their reunion is “Kingsman: The Secret Service,” a big screen imagining of Millar’s comic series (co-authored by Dave Gibbons), which intends to celebrate the spirit of classic James Bond spy movies while indulging in CGI-laden ultraviolence. It’s a hurricane of a picture, authoritative and downright fun…for about an hour. The second half of “Kingsman” is a wipe-out of epic proportions, with Vaughn and Millar losing their sense of structure to whip up a painfully familiar frenzy. Read the rest at Blu-ray.com