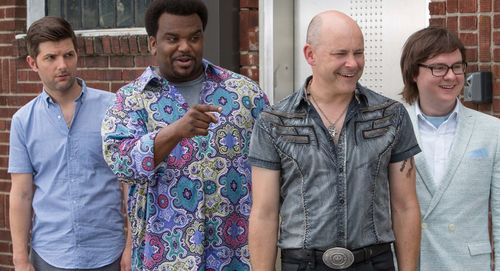 Released in 2010, “Hot Tub Time Machine” was a nice surprise. While dramatically unsteady, the picture led confidently with silliness, combining a love affair with nostalgia with an absurd premise it committed to wholeheartedly, resulting in an overlong but frequently hilarious effort. Its box office wasn’t stellar, but audiences generally enjoyed the movie, with “Hot Tub Time Machine 2” finally here to pick up where the characters left off. Sadly, the considerable amount of time between installments wasn’t spent perfecting the screenplay. Weirdly stale and unpolished, “Hot Tub Time Machine 2” doesn’t live up to the original’s sense of mischief, going low-budget and crude to squeeze out a few laughs. Read the rest at Blu-ray.com