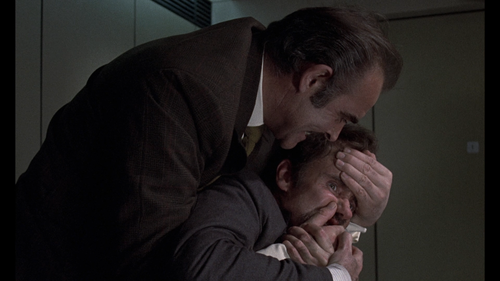 More notable than 1972's "The Offence" is the story concerning how movie was actually funded. Star Sean Connery, pulled back into James Bond duty for "Diamonds are Forever," contractually demanded a greenlight for two additional pictures of his choosing, hoping to burn off the 007 blues with a heaping helping of serious dramatic work. Well, he wasn't messing around, as films do not come more sobering than "The Offence," an adaptation of the John Hopkins play, which features an intense dissection of psychological strain and a particularly volatile sense of gamesmanship involving the law and human weakness. Directed by Sidney Lumet and co-starring Trevor Howard, the effort is bleak and unforgiving. No wonder Connery had to use his Bond clout to nudge it into production. Read the rest at Blu-ray.com