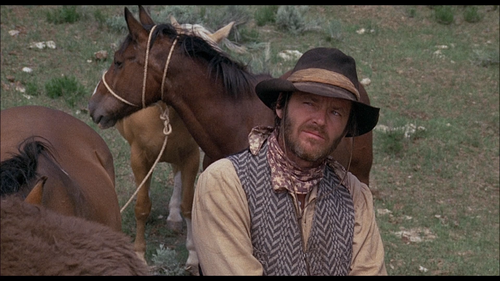 A film of unfortunate timing, 1976's "The Missouri Breaks" arrived in theaters boasting the participation of stars Marlon Brando and Jack Nicholson. It was a heavyweight battle of thespians brought on by prior triumphs such as "One Flew Over the Cuckoo's Nest" and "The Godfather," solidifying the leads as legends in their field. Arriving in the shadow of future classics is a cruel fate for any feature, but Arthur Penn's "The Missouri Breaks" was hit particularly hard by its production position, delivering an askew, permissive western with no real shape to an audience expecting a clash of the titans. Time has been kind to the endeavor, allowing modern viewers a chance to embrace the picture's compelling eccentricities without the burden of outrageous expectations, at least those beyond the basic thrill of watching two of the finest actors in movie history slap on gun belts and chase each other around the old west. Read the rest at Blu-ray.com