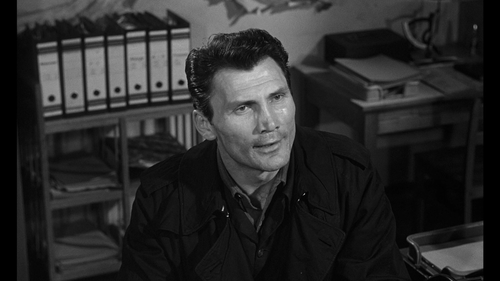 Not only is 1959's "Ten Seconds to Hell" a genuine nail-biter, but it manages to find another corner of WWII history to explore, pulling emphasis away from the Allied effort in Europe to explore tensions in Germany during the initial phases of reconstruction. Adapted from a Lawrence P. Bachmann book and directed by Robert Aldrich ("The Longest Yard," "What Ever Happened to Baby Jane?"), the feature hands viewers a unique perspective, tracking the conflicts and confusion of six disgraced German soldiers who've accepted a bomb disposal detail that seldom permits a happy ending. It's a flipside of wartime honor and duty that isn't frequently explored, observing the shell-shocked reaction of traditional enemies now in charge of piecing together a shattered country. Read the rest at Blu-ray.com