Blu-ray Review - Love Is the Devil 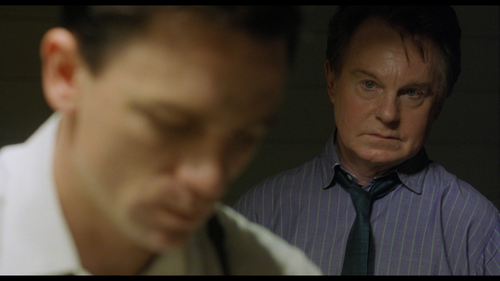 The full title is "Love is the Devil: Study for a Portrait of Francis Bacon," which might be a play for irony from writer/director John Maybury, who doesn't actually make sense of his subject despite having the cinematic tools to do so. A blizzard of images with the occasional blip of emotional clarity, "Love is the Devil" is more of a sensory experience, finding the viewer blasted with the mere idea of Bacon's intricate appetites in both art and sex, not necessarily gifted a concrete vision of creative stimulus and domestic intent. It's raw, unhinged work, but it's often caught servicing Maybury, not the needs of drama. Read the rest at Blu-ray.com