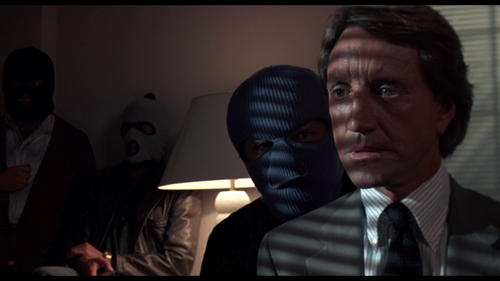 Before the great Elmore Leonard adaptation explosion of the 1990s, bringing the likes of "Get Shorty," "Out of Sight," and "Jackie Brown" (based on his novel, "Rum Punch") to the big screen, there were slim pickings when it came to authoritative productions using the author's colorful and threatening literary world. 1986's "52 Pick-Up" makes a game attempt to commit Leonard's universe of tough guys and big problems to celluloid, even attracting John Frankenheimer as a director -- perhaps the most leathery moviemaker working at the time. Even armed with surefire elements of sleaze and underworld chicanery, "52 Pick-Up" barely registers a heartbeat, stumbling through a confused narrative that strives to examine a man facing the biggest mistake of his life, but ends up detailing the actions of three impossibly idiotic thugs, which throws off the intensity of the effort. Select scenes crackle with tension, and star Roy Scheider does his professional duty to make his character appear together when he's actually falling apart, but this isn't steady work from Frankenheimer, who's lost in the particulars of porn and criminal buffoonery, never achieving necessary suspense. Read the rest at Blu-ray.com