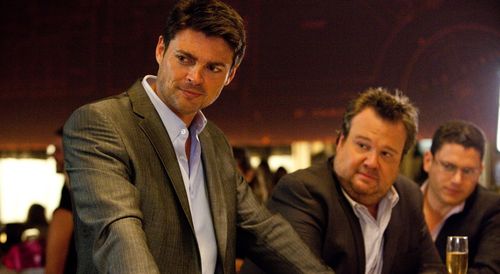 “The Loft” is actually the second remake of 2008 Belgian picture, only now the action has been transferred to North America, while retaining the services of original director Erik Van Looy. It’s a mystery with a pronounced sexual component, following immoral, unpleasant characters as they fight to clear their names when faced with accusations of murder. Normally, this type of argumentative conflict results in a passable nail-biter, but “The Loft” isn’t up to the challenge of manufacturing surprises. Dim, sleazy, and poorly made, the feature (which was shot in 2011) comes across laughable at times, doing an alarmingly thorough job making decent actors look bad and heterosexuality look worse. Read the rest at Blu-ray.com