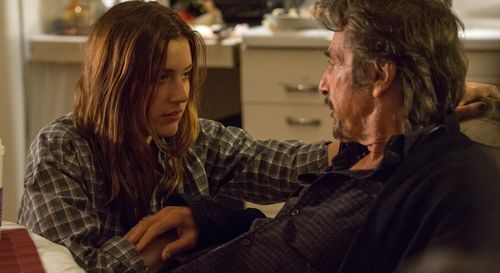 Fully entrenched in an experimental phase, director Barry Levinson has been issuing uneven work in recent years, hitting a rare high note with the 2012 found-footage shocker, “The Bay.” “The Humbling” sustains his erratic interests, this time exploring the slow, painful grind of artistic command losing its potency, bringing in acting legend Al Pacino to run his fingers along the jagged edges of his character’s despondency. “The Humbling” contains a few intriguing beats of psychological clouding, but it mostly comes across as indulgent, finding Levinson unwilling to give the picture focus when he finds a haze of behaviors and broad performances much more appealing. Read the rest at Blu-ray.com