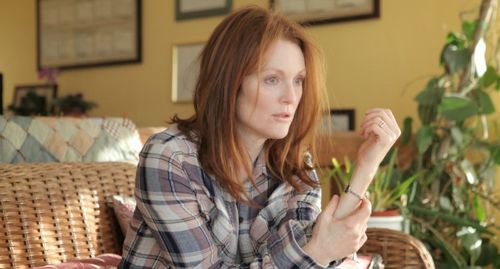 “Still Alice” is likely to be the most daunting filmgoing experience of the year, asking viewers to view the mental deterioration of brilliant woman. An adaptation of a 2007 book by Lisa Genova, “Still Alice” takes on the ravages of Alzheimer’s disease, with writer/directors Wash Westmoreland and Richard Glatzer working to make a palatable picture out of a harrowing subject. The effort is largely successful, with the feature compassionate, honest, and superbly articulated by the cast, with special emphasis on Julianne Moore’s striking lead performance, which provides a direct identification of decay and the fight to preserve the memories that remain. Read the rest at Blu-ray.com