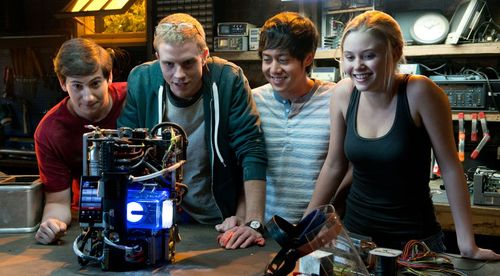 The found footage subgenre finally finds its way to the needs of the lovesick teen. “Project Almanac” spends an enormous amount of screen time trying to sell itself as a scientific take on time travel, buzzing through terminology and scenes of furious basement construction, but this MTV-produced picture really wants to figure out a way to inject adolescent romance into a sci-fi adventure. The resulting concoction of year-leaping agitation and sweaty-palm encounters with crushes doesn’t work, but instead of being offensively bad, “Project Almanac” is merely dull. For a wily, quaking camera take on the needs of the heart, dramatic inertia, not time itself, is perhaps the feature’s greatest enemy. Read the rest at Blu-ray.com