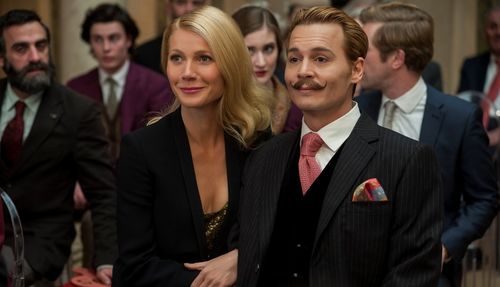 Johnny Depp’s career has been erratic lately, but he keeps plugging away with pictures, working to entertain himself between “Pirates of the Caribbean” sequels. “Mortdecai” is his most indulgent effort since his unexpected surge in global box office popularity, gifting himself an opportunity to make a Peter Sellers movie, or perhaps a long lost “Austin Powers” sequel. Based on the novels by Kyril Bonfiglioli, “Mortdecai” is thoroughly silly business, requiring Depp transform himself once again into a wobbly British boob. Shades of Jack Sparrow are difficult to brush away, but the film stands as its own creation, finding director David Koepp busying himself with slapstick set-pieces that mostly work, if one can find the proper mood for the feature’s limited but unexpectedly available charms. Read the rest at Blu-ray.com