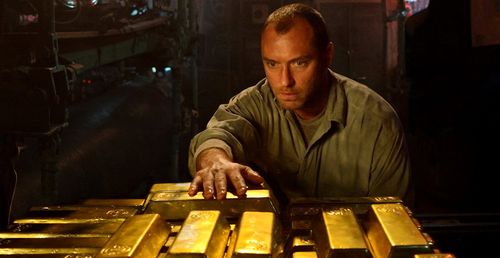 Submarine movies do not come around very often. The subgenre isn’t usually full of surprises, tending to the same routine of underwater pressure and crew hostilities, out to create a perfectly combustible atmosphere within the tightest spaces. “Black Sea” isn’t one to ignore formula, but it has a few twists worth paying attention to, along with blunt but compelling characterizations to hold attention. Director Kevin Macdonald and screenwriter Dennis Kelly essentially update “The Treasure of the Sierra Madre,” but do so with style and a periodically nail-biting sense of widescreen suspense. “Black Sea” is flawed, but when it clicks together, it does so superbly, giving classic cinema conventions a successful modern spin.
Read the rest at Blu-ray.com