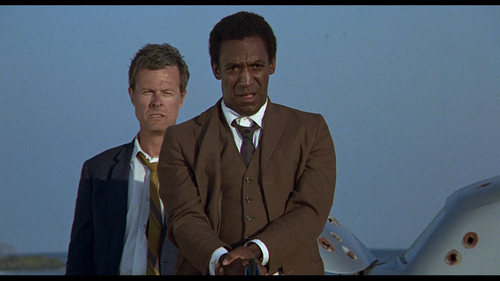 In a post-"Dirty Harry" world, moviegoers were hungry for screen heroes with limited patience for evildoing, fulfilling a shoot-first-ask-questions-later attitude for the 1970s. 1972's "Hickey & Boggs" attempts to butch up with charismatic stars, sending old "I Spy" pals Robert Culp (who also directs) and Bill Cosby into the heart of Los Angeles as two private detectives on a missing persons case who end up in too deep with criminals and a pile of cash. Downplaying frisky banter for a harder edge of investigation, "Hickey & Boggs" surprises with its severity, taking a grim view of crooks and cops, while keeping the interplay between Cosby and Culp regulated to wry exchanges and knowing looks. Read the rest at Blu-ray.com