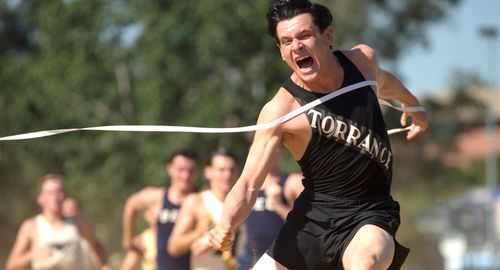 “Unbroken” is the second directorial effort from superstar Angelina Jolie, but her brand name is eclipsed by the screenwriters. Credited to Joel & Ethan Coen, Richard LaGravenese, and William Nicholson, the screenplay has been worked over by the some of the best in the business, so it’s confusing to see how “Unbroken” has turned out to be a one-note, thoroughly vanilla take on personal endurance. Perhaps Jolie, in her tireless quest to capture the essentials of dignity and the human spirit, was blinded by the potential to make the most uplifting portrait of forgiveness of 2014. The tale is there for the taking, but miscasting, violent repetition, and a lack of character depth make the picture feel forgettable, even during its most evocative and emotional moments. Read the rest at Blu-ray.com