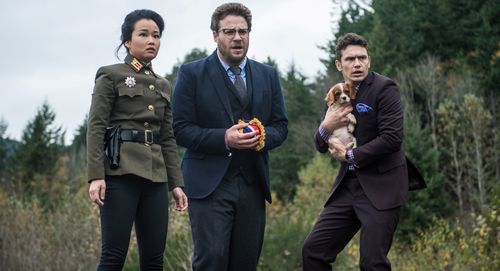 After taking on the apocalypse with their last effort, 2013’s “This Is the End,” directors Seth Rogen and Evan Goldberg take on an even more volatile enemy in North Korea for “The Interview,” their farcical take on an assassination thriller. Continuing their quest for rude and crude entertainment, the pair remains fixated on cursing and bloodshed with their follow-up, working to hit high points of shock value with this violent comedy, which isn’t nearly as hilarious as it should be. Lost in a haze of aimless improvisation and dreary dumb guy antics, “The Interview” isn’t a lethal weapon of a movie, it’s merely a mediocre one, never matching its hellraising potential. Read the rest at Blu-ray.com