Film Review - The Hobbit: The Battle of the Five Armies 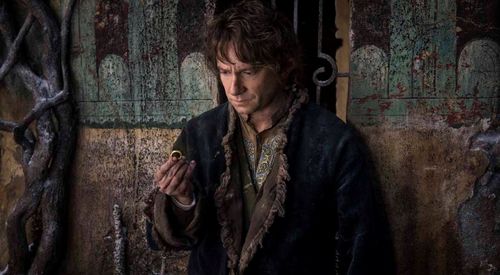 The final chapter of Peter Jackson’s epic adaptation of J.R.R. Tolkien’s “The Hobbit,” “The Battle of the Five Armies,” brings the anemic series to a blazing close, pulling out all the stops to make it the most violent, emotionally stirring, and propulsive of the trilogy. Yet, there’s still very little reason to invest wholeheartedly in this troubling sequel. Mistaking noise for giant adventuring, Jackson shifts into overkill with “The Battle of the Five Armies,” a film that lives up to the promise of its title, but doesn’t know when to quit. As striking as the visuals are, as thunderous as the war becomes, this is still a superfluous continuation that has almost nothing in common with the previous installments. And if you’re a fan of Smaug, or expect anything near closure on the dragon laboriously set-up to be the primary antagonist of this world, perhaps another moviegoing choice this holiday season will be more satisfying. Read the rest at Blu-ray.com