Film Review - Night at the Museum: The Secret of the Tomb 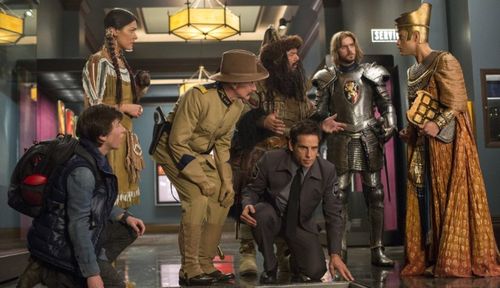 It’s telling that “Night at the Museum: The Secret of the Tomb” is arriving five years after the franchise’s last installment, “Battle of the Smithsonian.” Clearly, there’s some hesitation from the money people concerning the future of these expensive pictures, with the previous chapter grossing less than the original. To help restore some pluck to the fatigued series, “The Secret of the Tomb” elects rehash over innovation, once again pitting hapless security guard Larry against a community of magically animated museum displays. While director Shawn Levy isn’t one to push himself as a filmmaker, it’s disheartening to see how mediocre the movie is, essentially repeating itself to emerge likable again, encouraging an already dreary screenplay. Read the rest at Blu-ray.com