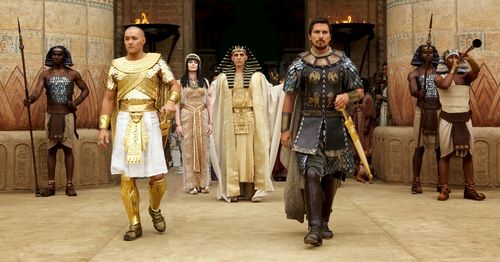 The story of Moses and Ramses has been explored in all forms of media time and again, with each production sticking close to the highlights of plagues and sea-parting, approaching a biblical story with emphasis on catastrophe. One might expect director Ridley Scott to sense such obvious repetition, doing whatever he can to avoid familiarity. With “Exodus: Gods and Kings,” Scott tries to out-spectacle the competition, transforming the tale into a CGI-heavy blockbuster with plenty of carnage, populated with a scenery-chewing ensemble. The only element truly innovative is the physical appearance of God, but that isn’t enough to keep the film awake long enough before it conjures the end of the world in its final act. As handsomely mounted as it is, “Exodus: Gods and Kings” is disappointingly routine. Read the rest at Blu-ray.com