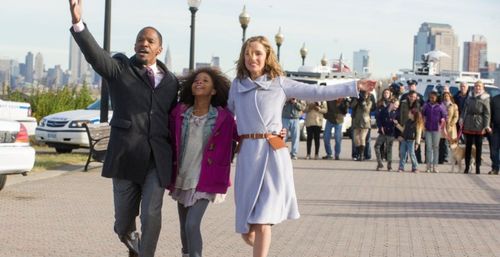 There’s room for interpretation with the 1977 musical “Annie,” but perhaps the 2014 adaptation is a little too far removed from its source material. Given a pop music makeover and a populated with a cast of non-singers, the new take on “Annie” is missing the charm and Broadway bellow of previous incarnations, resembling more of a music video than a major league song and dance effort. Borderline obnoxious and terribly miscast, the picture struggles to drum up moxie and sentiment, working through the familiar and unfamiliar in mechanical fashion, highlighting director Will Gluck’s inexperience with movie musicals and his suspect appreciation for music in general. Read the rest at Blu-ray.com