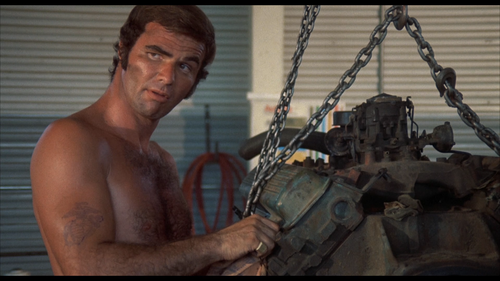 Perfecting his good ol' boy screen persona, Burt Reynolds makes a mighty fine southern hero in 1973's "White Lightning," a roughhouse revenge picture that makes the most out of its star's mischievous charms and Arkansas locations. Directed by Joseph Sargent and scripted by William Norton, "White Lightning" doesn't sustain its excitability, but the first hour packs quite a punch, setting up a suitably enraged story that gives Reynolds plenty to work with as the movie unleashes all sorts of car chases and collisions of masculinity. Read the rest at Blu-ray.com