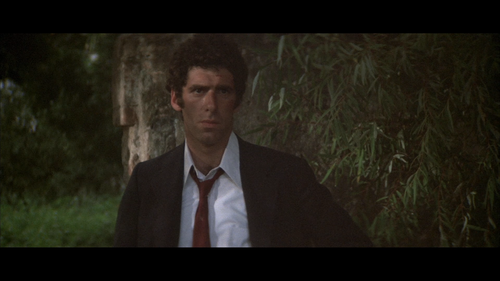 Emerging during Robert Altman's heyday in the early 1970s, "The Long Goodbye" is perhaps one of his most successfully translated ideas, finding a comfortable home in this loose adaptation of Raymond Chandler's 1953 novel. The helmer dreams up a fluid fantasy world for the character of Philip Marlowe, a fatigued detective most famously played by Humphrey Bogart in 1946's "The Big Sleep," only instead of updating the source material for modern consumption, the screenplay (credited to Leigh Brackett) imagines a world where Marlowe remains in his period headspace, trapped in an updated, post-hippie landscape of crime and self-exploration. The contrast isn't emphasized, but it's enough of a tease to keep "The Long Goodbye" on the move as it attempts to marry Altman's habitual disinterest in plot with Chandler's commitment to the steps of criminal investigation. Playing subtle and slack, with a fantastic lead performance by Elliot Gould, the picture is easily one of Altman's best, allowing his specialized approach a chance to breathe as the particulars of murder and theft are sorted out. Read the rest at Blu-ray.com