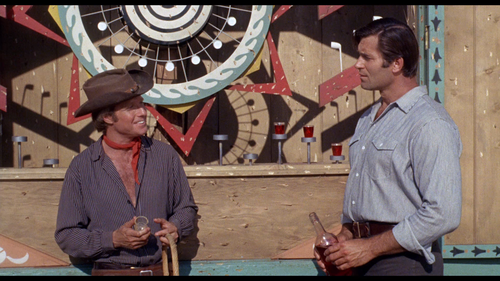 Studying the stain of violence, 1969's "More Dead Than Alive" takes on a troubling reality with the western genre, where men of sheer brutality have to eventually move on with their lives, with some looking to step away from such physical temptations. For Cain (Clint Walker), a history of violence has left him unemployable, tempted by sideshow owner Ruffalo (Vincent Price) to pick up a gun after 18 years of imprisonment and revive a brand name, "Killer Cain," that's made him a legend in the old west -- a legacy he wants nothing to do with until financial strain demands to be tended to. Read the rest at Blu-ray.com