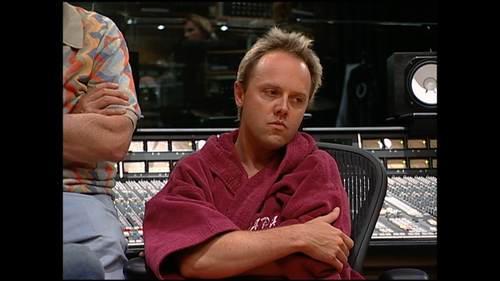 It started innocently enough: filmmakers Bruce Sinofsky and Joe Berlinger (the "Paradise Lost" documentaries) were called in to document Metallica's (singer James Hetfield, drummer Lars Ulrich, and guitarist Kirk Hammett) return to the studio to record their new album, which would eventually become 2003's "St. Anger." The studio time was booked, the equipment set up, and the helmers ready to capture the creative process. Unfortunately, the band was a mess, having just lost longtime bassist Jason Newsted, while internal friction heated up to such a degree that the presence of Phil Towle, a $40,000-a-month psychologist and "life coach," was necessary to assist band communication and focus. What was intended as mere months in the studio became over two years of footage. "Some Kind of Monster" chronicles this arduous journey toward metal clarity and patience. Read the rest at Blu-ray.com