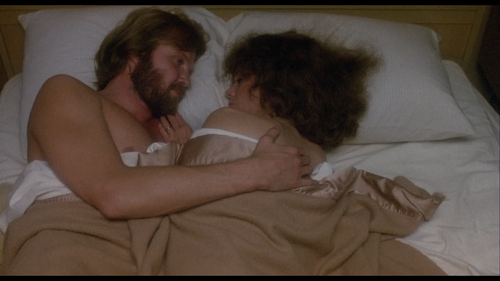 Films about post-war life are relatively common these days, openly exploring the mental strain of combat and the demands of civilian life on those who've endured hell. However, in the 1970s, such a topic was difficult to approach, especially when discussing the Vietnam War. While not a groundbreaking feature, 1978's "Coming Home" was a key piece of the Vietnam conversation, striving to provide a look at lives stained by distance, violence, and guilt, using the conventions of a romantic movie to help ease viewers into challenging ideas about a conflict that was only beginning to be dramatized by Hollywood. Directed by Hal Ashby, written by Waldo Salt and Robert C. Jones, and starring Jane Fonda, Jon Voight, and Bruce Dern, "Coming Home" offers incredible talent to bring tension to life, creating a potent look at fresh wounds and broken hearts, sold with unusual sensitivity. Read the rest at Blu-ray.com