Film Review - The Theory of Everything 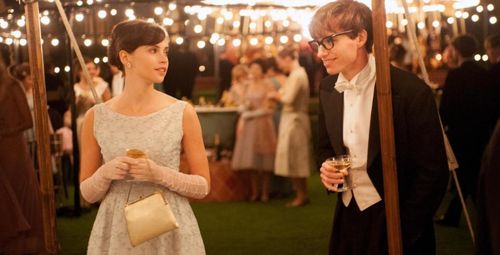 “The Theory of Everything” is an interesting title for a bio-pic that only provides a surface appreciation for Stephen Hawking and his now ex-wife, Jane. The “Everything” part is most certainly avoided here, replaced with an average study of a brilliant man and his dutiful wife, with their ups and downs carefully tended to by the screenplay, which ultimately has most interest in the couple’s strange dynamic. “The Theory of Everything” is given a substantial boost by its stars, who deliver exceptionally nuanced performances. They’re often the glue holding the picture together, finding director James Marsh trying to find the romantic poetry of this union instead of tending to the textures of such an unusual relationship. Read the rest at Blu-ray.com