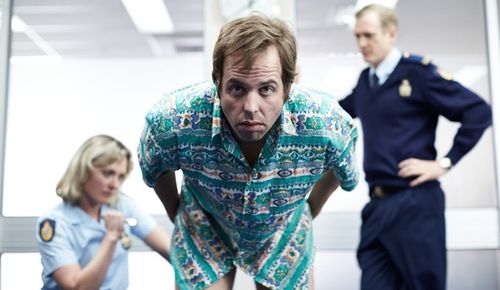 “The Mule” is the rare movie to actually contain a motivation to include fecal matter in its story. A dark semi-comedy with crime film overtones, the picture largely concerns the durability of a man’s digestive system, watching the character endure a week of forced constipation to protect a potentially life-ruining secret. While missing bellylaughs, “The Mule” does have pace and sharp performances, and the script is mindful of twists and turns, also good with gross-out incidents, making the ick factor a substantial part of the viewing experience. To make a feature where evidence of diarrhea is a critical part of the plot? That’s a real creative accomplishment. Read the rest at Blu-ray.com