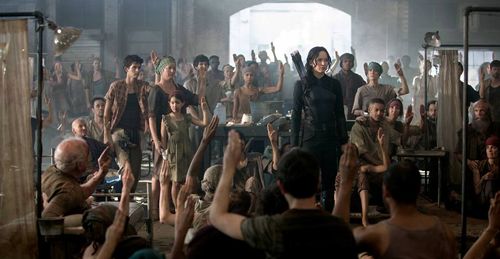 After two successful films, a choice has been made to turn the last chapter of “The Hunger Games” saga into a pair of movies. While an argument could be made that creative breathing room is the reason behind the sudden expansion of sequels, it’s most likely colossal financial possibility that’s driving the decision. Much like “Twilight” and “Harry Potter,” the studio wants to keep the cash machine powered for as long as possible, even willing to torpedo the fantastic momentum that was left after the conclusion of 2013’s “Catching Fire.” “Mockingjay – Part 1” returns viewers to the world of Panem and its power struggle between President Snow and Katniss Everdeen, but instead of providing economical storytelling and a nail-biting pace, the movie slows down the series to a dead stop, now subjected to the repetition and stasis the previous efforts largely avoided in their quest to shave Suzanne Collins’s books down to a manageable single-feature size. Read the rest at Blu-ray.com