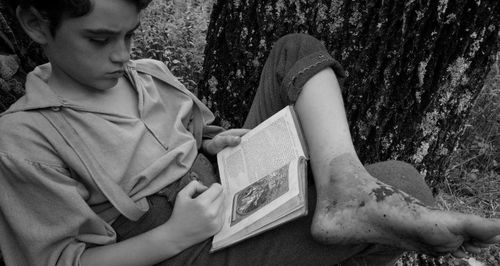 Apparently, if one works with Terrence Malick, one becomes Terrence Malick. “The Better Angels” is directed by A.J. Edwards, a frequent collaborator with the famously media-shy filmmaker, looking to strike out on his own with a feature that closely resembles a Malick picture. Replicating swirly, nature-intensive cinematography, wandering performances, and maintaining a goal to capture life in motion, not drama, “The Better Angels” is familiar work but not a parody, with Edwards taking the whole production with the utmost seriousness, determined to mime Malick while figuring out his own helming interests. The effort is also the Abraham Lincoln origin story, but that intriguing detail is flushed out of the movie early on, leaving viewers with artful intent, not storytelling determination. Read the rest at Blu-ray.com