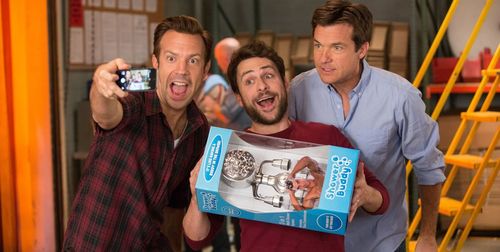 One could argue that 2011’s “Horrible Bosses” tapped into the frustration of the average working stiff -- the 9-to-5ers facing wretched superiors who abuse and discard without a second thought. Or maybe the feature was the crude movie du jour, pulling audiences in during a dry spell in American comedy releases. Either way, the picture was a hit, paving the way for a sequel three years later, and one that’s determined to top the previous endeavor’s comfort with vulgarity, stupidity, and, worst of all, improvisation. “Horrible Bosses” was a terrible offering of funny business, sloppy and dull all around. “Horrible Bosses 2” somehow sinks lower, stumbling through a meaningless plot while fumbling around in the dark for jokes. And it’s ten minutes longer than its predecessor. Oof. Read the rest at Blu-ray.com