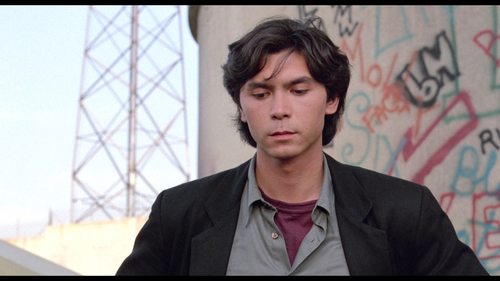 After his unexpected breakthrough in 1987's "La Bamba," actor Lou Diamond Phillips went out searching for a niche. For a few years, it seemed the action genre was going to be his best bet at sustaining a career, with 1988's "Young Guns" leading to 1989's "Renegades," soon taking a solo lead role in 1990's "The First Power." A dedicated performer, Phillips finds comfort in this serial killer thriller, completely convincing as a cop on the edge, tracking an elusive madman with ties to Satanism. While it lacks a commanding third act, the picture is satisfactorily guided by writer/director Robert Resnikoff, who would go on to abandon Hollywood entirely. It's a shame he didn't mount another production, as the helmer stages impressive stunt sequences and arranges a digestible take on screen menace, using Phillips and co-star Jeff Kober quite well in this unremarkable but effective B-movie. Read the rest at Blu-ray.com