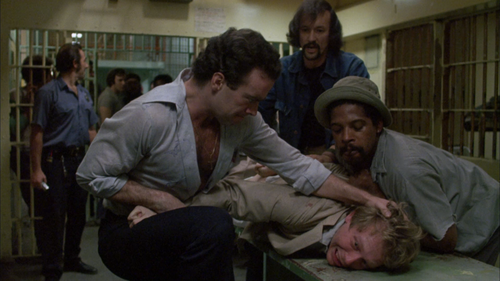 1977's "Short Eyes" is an ambitious film that puts the viewer in a troubling position of judgment. An adaptation of the Miguel Pinero play, the movie brings a collection of uneasy characters and impossible situations to the screen in a theatrical manner, contrasting the imposing prison location with broad but penetrative performances, while still preserving Pinero's sting. It's a heroic directorial effort from Robert M. Young, who manages to capture character idiosyncrasies while sustaining an atmosphere of doom as Clark, a young child molester (Bruce Davidson), receives the full force of inmate intimidation as he begins his sentence. Read the rest at Blu-ray.com