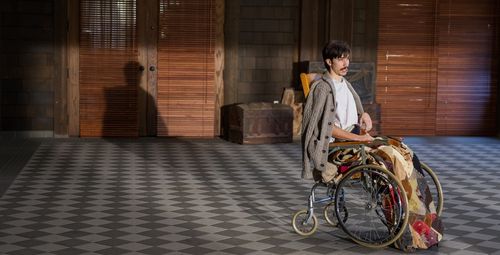 After bottoming out with 2010’s “Cop Out,” his stab at a mainstream comedy with broad jokes and big stars, writer/director Kevin Smith stepped back from the movie business, reevaluating just what filmmaking meant to him. He found salvation in a bong and a podcast, returning to screens with 2011’s “Red State,” an interesting misfire that swapped his noted sense of humor for something far more sinister, trying to disturb his audience instead of tickle them. Continuing to mine his revived creative drive, Smith returns with “Tusk,” another demented micro-budget endeavor, only for this round, the horrors aren’t heavenly but frighteningly fleshy, mixing his love for conversation with a newfound interest in the macabre, producing a creature feature that’s original while retaining all the Smith-isms fans love. Read the rest at Blu-ray.com