Film Review - A Walk Among the Tombstones 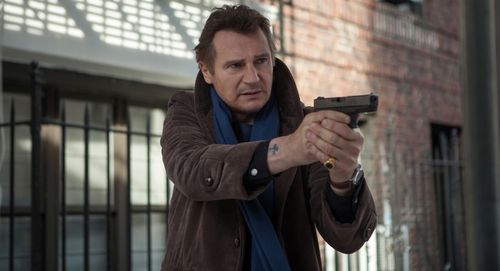 It’s been a busy year for Liam Neeson, with “A Walk Among the Tombstones” his fifth picture of 2014. After his marquee value exploded with the release of 2009’s “Taken,” it’s been interesting to see the type of material Neeson has gravitated to, selecting a steady stream of blockbuster entertainment (“Clash of the Titans,” “The A-Team”) and downbeat indies (“Chloe,” “Third Person”). “A Walk Among the Tombstones” mixes both interests into one deflated soufflé, with writer/director Scott Frank’s serial killer thriller struggling to inject excitement into a mopey, overly stylized tale of no-nonsense do-goodery. While Neeson commits to the flawed hero routine with grace, the rest of the movie fails to acknowledge its low battery signal during a dismal second half. Read the rest at Blu-ray.com