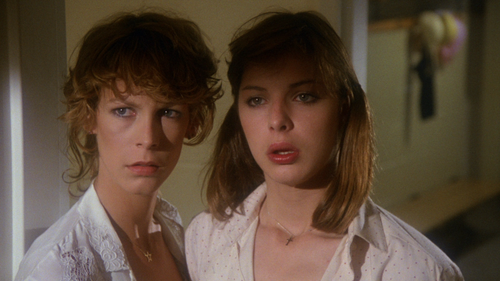 1980's "Prom Night" holds a peculiar place in the slasher film spectrum. Created to cash in on the wild success of 1978's "Halloween," the movie arrived just before standards for this type of horror dipped into pure financial calculation. It's a tad slower than its brethren, offers limited violence, and submits a noticeable effort with editing and performances, making it quite interesting if not entirely triumphant. It's a mixed bag of delights, but "Prom Night" retains appeal through its unusual tone and care with motivation, adding just a hint of real-world torment to ground the masked killer shenanigans. Also adding to the picture's appeal is its era-specific setting, eschewing timelessness to whip up a disco inferno, gifting the feature a bewitching time capsule-style allure. Read the rest at Blu-ray.com