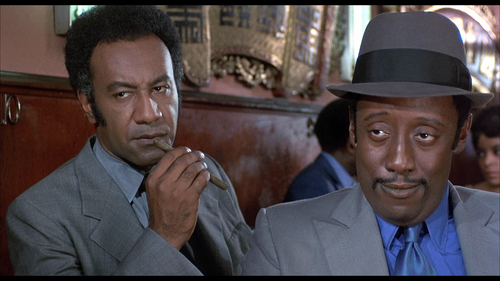 Ossie Davis (who passed away in 2005) was a respected actor, but little is shared about his brief career as a film director. 1970's "Cotton Comes to Harlem" was his second movie, but it's an important feature when it comes to the growth of blacksploitation cinema, helping to define what the decade would eventually offer in defiant, gritty entertainment. It's also something of a supercop picture, always a delightful subgenre, bringing the exploits of Gravedigger Jones (Godfrey Cambridge) and Coffin Ed Johnson (Raymond St. Jacques) to the big screen, with the pair of no-nonsense cops scouring NYC to locate a missing bale of cotton containing a small fortune and nail a crooked preacher for his considerable crimes. Read the rest at Blu-ray.com