Blu-ray Review - Bring It On 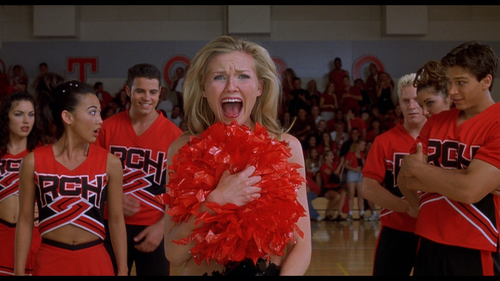 Before "Bring It On" was released in 2000, cheerleading movies tended to favor exploitation features that emphasized nudity or derogatory comedies that treated the spirit-focused without respect, often turned into the punchline for lame jokes. And don't even ask about male cheerleaders in these productions. "Bring It On" takes the sport to a whole new level of concentration, detailing the insatiable achievement appetites of school squads as they ferociously compete for a national championship. It's not an original picture, but it's determined to celebrate the skill and neuroses of the cheerleaders without pronounced derision, resulting in an engagingly manic effort, but one that's not nearly as funny as it would like to believe. Read the rest at Blu-ray.com