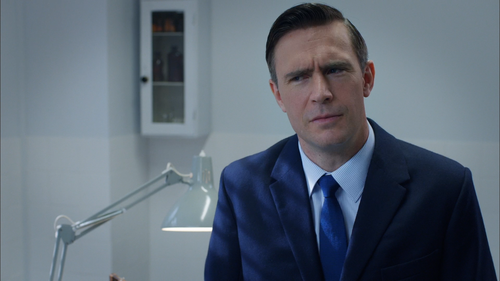 "Breathless" is a little late to the "Mad Men" party, missing its chance to ride coattails as the iconic series ends its run in 2015. The production's timing is unfortunate, but so is the program, at least in fits. Attempting to create a stylish look at the traumatic events facing the staff of The New London Hospital, "Breathless" quickly drowns in melodrama, dropping all regality and sensibility to match "General Hospital" in nostril-flaring acting and prolonged narratives. This is an exhausting show, and not because of its emotional content, as there isn't any. Instead, it takes one hour of story and breaks it up into six episodes, dragging out secrets and indiscretions to a point where they cease to retain their intended meaning. Those on the prowl for a hospital procedural or even a period dissection should look for creative highlights elsewhere. Read the rest at Blu-ray.com