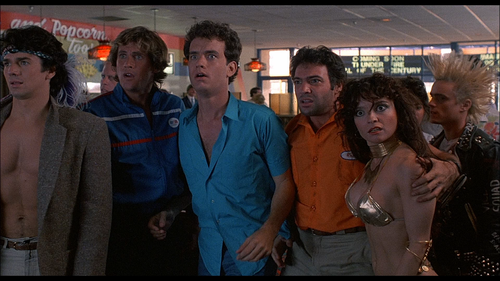 1984's "Bachelor Party" isn't master class cinema by any stretch of the imagination. It's a bawdy comedy created during a time when juvenile antics and bare breasts were celebrated by the moviegoing public, making it the knuckle-dragging alternative during an iconic summer of blockbusters. I'm not about to defend the picture's iffy comedic interests, but it's hard to discount small blips of charm that manage to help "Bachelor Party" not only find a personality, but numerous laughs as well, making it the rare horndog farce of the era to actually provide considered punchlines. It's lewd and crude, but not unpleasant, with star Tom Hanks single-handedly sustaining screen energy with his rubbery, class clown performance, which, interestingly, represented his career follow-up to "Splash." Over the course of a few months, Hanks went from being a mermaid's sweetheart in a Disney film to a degenerate party animal. And people say he has no range. Read the rest at Blu-ray.com 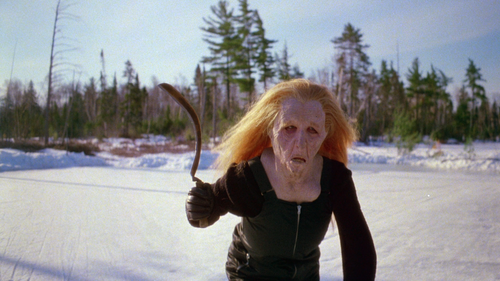 "Curtains" isn't a single film, it's a handful of subplots and ideas competing for screentime under the guise of a traditional '80s-style slasher endeavor. Bizarre seems too mild a description when discussing this movie, which is actually stitched together from two production periods spread out over three years, with the original director, Richard Ciupka, taking his name off the effort when producer Peter R. Simpson elected to jazz up the rough cut with customary slicing and dicing. The fascinating backstory on "Curtains" is evident throughout the presentation, leaving the picture half-realized, shooing away substance to plow ahead with violence. It's a mess, but an entertaining one thanks to Ciupka's visual ambition and ensemble work from the oddball cast, who deliver the proper level of hysteria to assist what little suspense remains. It's not movie that's easily understood, but one that has a few passable moments of genre proficiency. Read the rest at Blu-ray.com

Blu-ray Review - The Bankers of God: The Calvi Affair 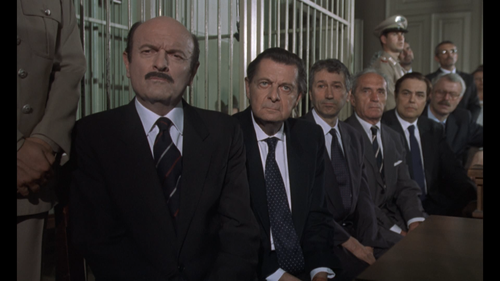 To fully appreciate "The Bankers of God: The Calvi Affair," one must have a doctorate in the financial history of Italy, with knowledge of its working parts pertaining to the Vatican, Masonic control, and government corruption. I'll fully admit, this is not a movie that inspires interest in such topics, leaving its byzantine structure difficult to digest unless the viewer has a specific connection to the unfolding crisis. It's not a terrible film by any means, but one that's persistently complex to a degree where it begins to freak out its director, Guiseppe Ferrara. Read the rest at Blu-ray.com

Film Review - Step Up: All In 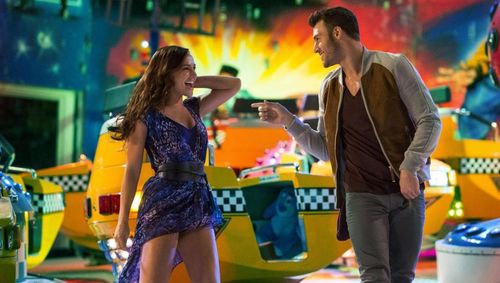 The fifth entry in a surprisingly durable franchise, “Step Up: All In” remains an American story despite mounting ticket buying indifference from domestic audiences to the ongoing saga of perfectly groomed young dancers on the hunt to make their dreams come true. Perhaps being so American is what makes these efforts irresistible to foreign audiences, because I can’t imagine people pile into theaters to see insistently flaccid drama performed by blank actors. Another offering of flopping bodies and broken hearts, “Step Up: All In” almost gets it right as it focuses heavily on dance choreography, but soon enough, director Trish Sie loses her nerve, calling up the wet blanket of melodrama to make viewers question why the “Step Up” movies bother with a script at all. Read the rest at Blu-ray.com 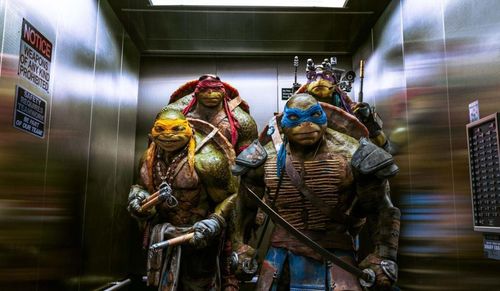 The Teenage Mutant Ninja Turtles aren’t strangers to big screen adventuring. Based on a comic that debuted in 1984, the Turtles were the star of their own cinematic franchise in the 1990s, with the original picture presenting quite an achievement in creature fabrication. There was also an underrated CG-animated effort, 2007’s “TMNT,” which failed to catch fire, returning the brand name to television where the premise has found its greatest success. Now co-producer Michael Bay takes a crack at bringing the Turtles back to the multiplex, overseeing a PG-13 production that uses motion capture technology to realize the heroes in a half-shell for a new generation. It’s a major upgrade in technology, viewed throughout the feature in frenetic action sequences, but the screenwriting isn’t up to the challenge, trying to merge classic Turtle interactions with Bay’s customary event movie coldness. Read the rest at Blu-ray.com 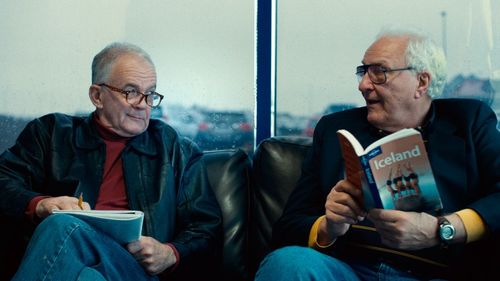 Idiosyncratic and surprisingly bawdy, “Land Ho!” is a travel picture that takes many unexpected turns. It’s modest work, a digital indie from directors Martha Stephens and Aaron Katz, and a film that invests in the charm of its leading men, using long takes of conversation to form characterizations, while glory shots of Icelandic nature play a pivotal supporting part, generating a mild but amusing fish-out-of-water atmosphere to give the feature some needed definition. While two older men locked in banter for 90 minutes probably doesn’t sound all that thrilling, “Land Ho!” is funny, saucy, and periodically sincere enough to launch a perfectly engaging movie with the barest of ingredients. Read the rest at Blu-ray.com 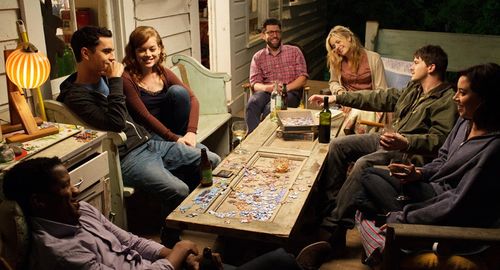 I feel bad for writer/director Jesse Zwick, as his film “About Alex” will be compared to Lawrence Kasdan’s “The Big Chill” repeatedly. Yet, he brought it on himself, with “Chill” focusing on a group of college friends reuniting after the suicide of a loved one, while “Alex” is about a group of college friends reuniting after the attempted suicide of a loved one. Neuroses flare up, sex breaks out, and dormant insecurities are paraded around for everybody’s entertainment. The primary difference is that Zwick doesn’t have Kasdan’s touch when it comes to characterization, but “About Alex” certainly isn’t an embarrassment, delivering a few surprisingly competent performances and a dollop of honesty as it plays a convincing game of grand theft movie. Read the rest at Blu-ray.com

Film Review - Into the Storm 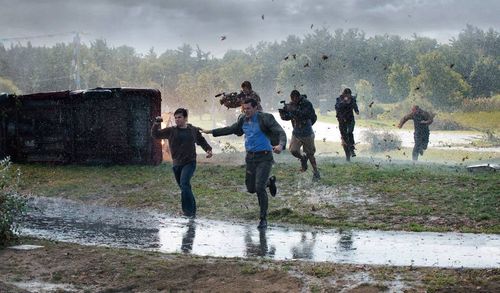 Perhaps it’s a bit painful to realize, but “Twister” is nearly 20 years old. The monster storm extravaganza, one of the pioneering efforts of the digital disaster movie movement of the 1990s, was a massive success back in 1996, but failed to spawn a league of imitators (save for a double shot of volcano efforts in 1997). “Into the Storm” finally steps up as the next huge nature-gone-nuts production, but instead of trusting the inherent horror of a tornado touchdown, the producers have elected to transform the premise into a found footage feature. While “Into the Storm” has a mighty roar when it comes to scenes of mass destruction, the rest is insufferable, pinned between a paint-by-numbers screenplay and a feeble storytelling trend that only encourages filmmaking laziness. Read the rest at Blu-ray.com 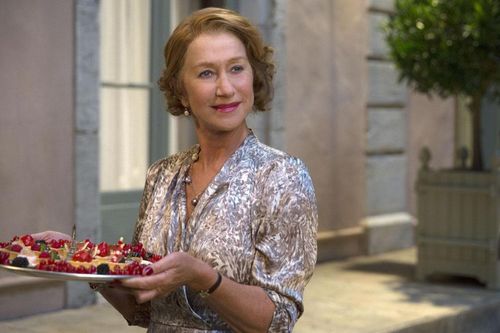 Director Lasse Hallstrom has built a career out of safe entertainment. While there’s nothing inherently wrong with this artistic ambition, it’s rendered his filmography predictable, without only a few odd diversions interrupting the norm. The helmer of “Chocolat” returns to the world of food with “The Hundred-Foot Journey,” a completely mild tale of romance and redemption coated with a familiar Hallstrom glaze, often caught straining for audience approval when its cast of characters deserves a more exhaustive examination. It’s a pretty movie, always aiming to please, but the picture overstays its welcome, eventually trading the reliably routine for the ridiculous. Read the rest at Blu-ray.com 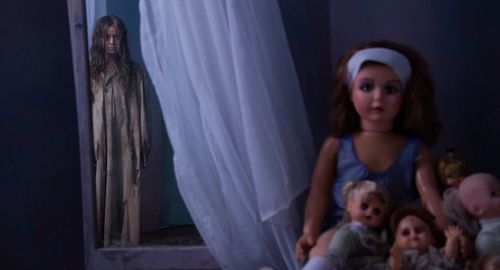 “The Damned” isn’t especially ambitious in a genre that could use more invention. Simplistic and hurried, the picture assumes the qualities of a throwback horror experience, following a group into a dangerous area where they’re picked off one-by-one by a malevolent force. Again: been there, done that. Helping “The Damned” reach some level of digestion is director Victor Garcia (“Hellraiser: Revelations”), who at least summons a convincing demonic energy to help motivate the characters into the panic zone. The feature certainly means well enough, with a few trembling performances that sell the moment, yet there’s little to dig into once formula takes over, leaving the effort predictable. Shrieking and bloody, but predictable. Read the rest at Blu-ray.com 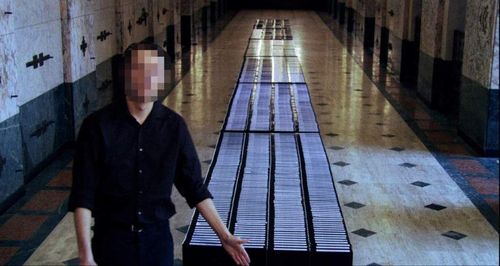 “The Poughkeepsie Tapes” isn’t a new release. Produced in 2006 and slated for release in 2007, something went horribly wrong along the way, with the picture shelved for the next seven years. In the interim, siblings John Erick Dowdle and Drew Dowdle managed to create a career without the use of their directorial calling card, helming 2008’s “Quarantine” and 2010’s “Devil” (a third film, “As Above, So Below,” is due out in a few weeks). While their subsequent efforts failed to impress, it’s interesting to finally see the origin of their fascination with the horror genre, with “The Poughkeepsie Tapes” a feature of pure shock value in line with similar attention-seeking debuts. Read the rest at Blu-ray.com 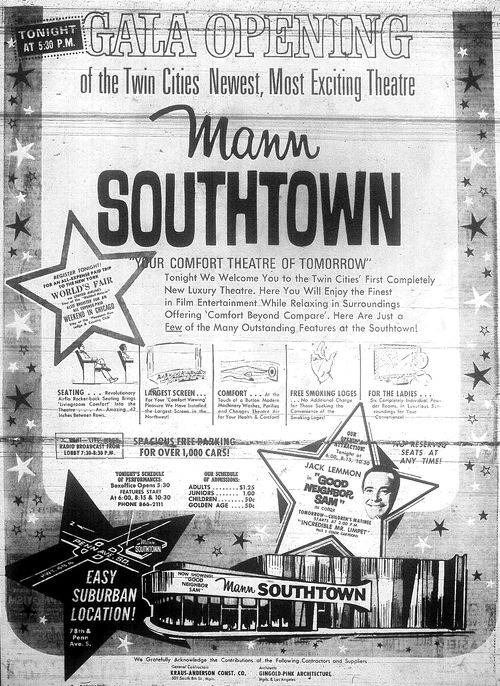 Blu-ray Review - Love in the City 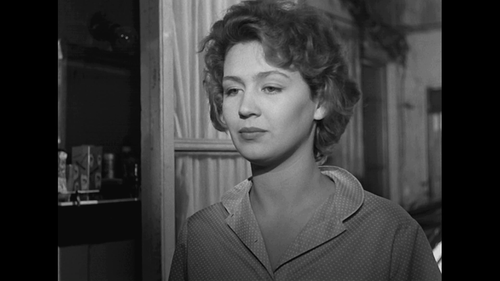 Imagined as the start of an Italian cinema magazine, 1953's "Love in the City" brings together a class of neorealist filmmakers to help explore the true price of passion. Through the POV of Carlo Lizzani ("Love for Money," 11 minutes), Michelangelo Antonioni ("Attempted Suicide," 22 minutes), Dino Risi ("Paradise for Three Hours," 12 minutes), Federico Fellini ("Marriage Agency," 16 minutes), Francesco Maselli ("Story of Caterina," 27 minutes), and Alberto Lattuada ("Italians Turn Their Heads," 14 minutes), an omnibus exploration was born -- a picture that has little patience for the warmth of the world. Read the rest at Blu-ray.com 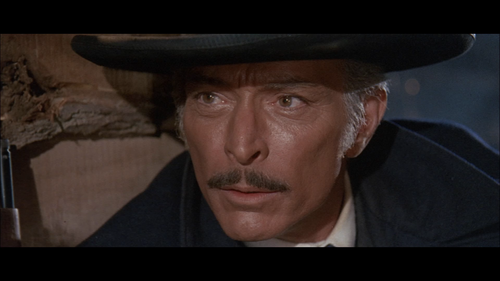 Already an actor with an extensive history in westerns, Lee Van Cleef found himself in possession of a red-hot career after the global success of 1966's "The Good, the Bad and the Ugly," working his way up from supporting turns to starring roles. 1969's "Sabata" was one of many gunslinger efforts Van Cleef participated in during this critical time, transformed into a glaring, unforgiving hero, feeding into a slightly zany atmosphere of showdowns masterminded by director Gianfranco Parolini. "Sabata" is an odd one, teeming with exaggerated characters, mild gymnastics, and the image of Van Cleef as the titular character, prowling around with delightful screen confidence, especially for a character who keeps a coin as part of his arsenal. For the most part, the movie has a snappy pace, fierce style, and bursts of aggression, keeping genre elements alert as it details a peculiar story of blackmail. Read the rest at Blu-ray.com 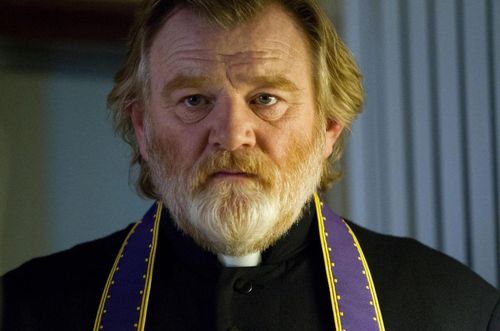 A few years ago, writer/director John Michael McDonagh cooked up “The Guard,” a darkly comic endeavor that gave star Brendan Gleeson a rare opportunity to show off his range and leading man capabilities, working perhaps the best role of career to its fullest potential. McDonagh has elected to remain in the Gleeson business with “Cavalry,” another grim yet acidic take on the evil that men do. The pairing makes sense, with the actor capturing every detail of the screenwriting, while the direction is happy to hand focus over to the star, permitting the feature to find its surprises, abrasiveness, and thematic intentions with welcome ease. Read the rest at Blu-ray.com

Film Review - Get on Up 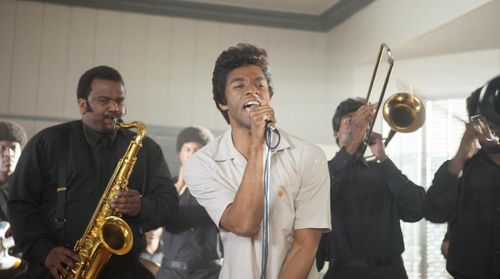 While music bio-pics are always difficult to take seriously, 2007’s “Walk Hard: The Dewey Cox Story” effectively drove a sword into the subgenre with its spot-on parody of clichés, absurdities, and dramatic crutches. There have been so many efforts, and few of them manage to capture the soulfulness of both the music and the artist, it’s a wonder why Hollywood continues to try at all. However, the lure of James Brown proves seductive to director Tate Taylor, who follows up his smash hit, “The Help,” with another tale of racial tension and confession, this time celebrating the mysterious ways of The Godfather of Soul. “Get on Up” is a profoundly flawed feature, but it retains an irresistible subject, with Brown’s insanity and adversity making an energetic leap to the big screen. Read the rest at Blu-ray.com