Film Review - To Be Takei 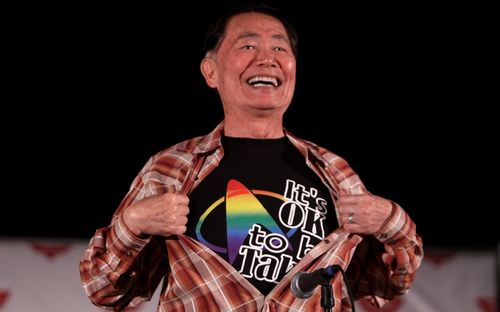 Actor George Takei used to be known for his role as Hikaru Sulu on “Star Trek,” remaining with the part through multiple television incarnations and a series of feature films, cementing his fame in the sci-fi realm. Ask a kid who George Takei is today, and they might list him as one of the funniest meme curators on Facebook, or perhaps his tireless work for human rights is what immediately springs to mind. It’s been an amazing journey for the deep-voiced man, who’s now the subject of “To Be Takei,” a hilarious and heartfelt documentary by Jennifer M. Kroot that explores the strange magic that surrounds the icon, and how he’s used his fame to support his causes, with a personal drive to make the world a better place formed during his tumultuous childhood. Read the rest at Blu-ray.com