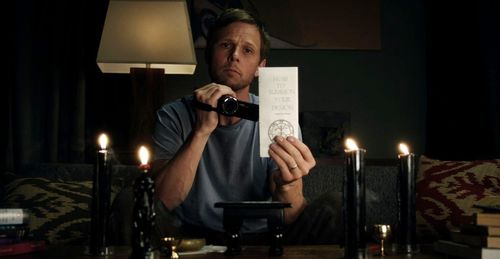 “The Possession of Michael King” is a feeble excuse for a horror flick. Following trends, writer/director David Jung has combined the demonic possession movie with found footage cinema, questing to manufacture a fright film that will keep viewers afraid of the unexpected, while tapping into quasi-religious questions of Heaven and Hell. Unfortunately, more emphasis has been placed on the visual tricks of the feature, leaving screenwriting achievements nonexistent. In fact, the titular character may be the most irresponsible boob of the 2014 film year, with his insistent foolishness keeping “The Possession of Michael King” more frustrating than terrifying, leaving one to openly wonder if Jung actually read his script before production commenced. Read the rest at Blu-ray.com