Film Review - Sin City: A Dame to Kill For 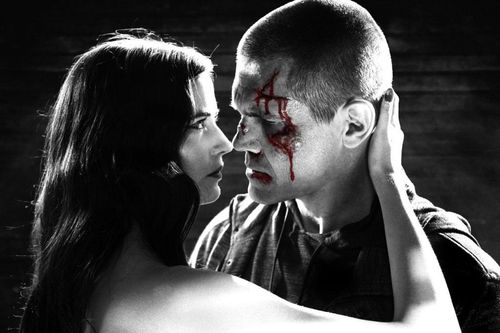 2005’s “Sin City” was a fascinating cinematic experiment. A slavish, stylish expansion of Frank Miller’s graphic novel, the feature enjoyed an element of surprise, stunning audiences with its particular approach to a literary adaptation. Instead of reimagining the book, co-directors Robert Rodriguez and Frank Miller used the tome as an altar for worship, preserving the visual intensity of the original work and its taste for the unsavory. A hit with audiences, a sequel was all but guaranteed. However, that it took nearly a decade to revive this sleazy world is shocking, with the abyssal gap in years between installments hurting the aspiring series. Instead of fanning the franchise flames, “Sin City: A Dame to Kill For” tosses a wet blanket on the fun, stumbling with a plodding follow-up that’s missing the insanity and most of the grim highlights that made the original so memorable. It’s as though Rodriguez and Miller forgot how to make a “Sin City” movie. Read the rest at Blu-ray.com