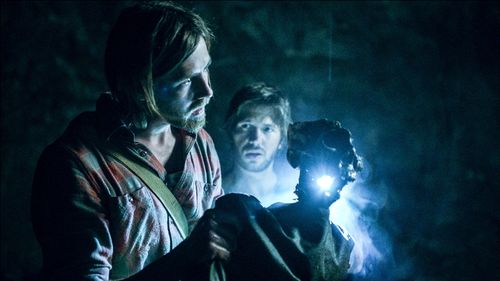 In a perfect world, the Norwegian adventure import “Ragnarok” would’ve come out in 1985 and been a massive international smash. A cross between “Raiders of the Lost Ark” and “Jurassic Park,” the picture has a defined Spielbergian approach that’s immensely entertaining, preserving the wonder of curiosity and the horror of discovery with a distinct Hollywood touch. Director Mikkel Braenne Sandemose keeps his tributes up front, but also preserves his own genre architecture, creating an engaging romp that covers the mysteries of Norse mythology, the trials of single parenthood, and the wrath of a snake-like creature stalking a forbidden island. Read the rest at Blu-ray.com