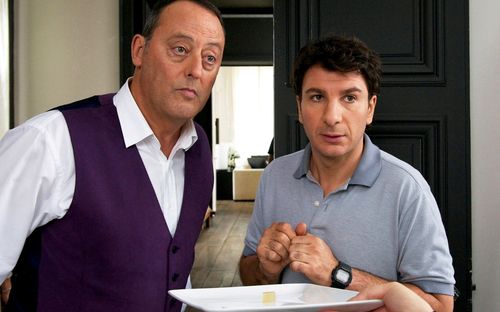 The release of the 2012 French feature, “Le Chef,” in America is interesting. Coming into the marketplace at the same time as Jon Favreau’s “Chef” is exiting theaters, something tells me the distributor hoped to ride on the coattails of the indie film success, trusting audiences for specialized entertainment might be in the mood for another round of food fantasy. Where “Chef” was anxious and exploratory, “Le Chef” is more of a traditional comedy, with a few broad antics and a nice grip on characterization. It’s funny, well acted, and sharply paced, but most importantly, it trusts in the power of food. It doesn’t quite reach for the lusciousness of the recipes in “Chef,” but it aims to tease the molecular cuisine trend, which is long overdue for a pantsing. Read the rest at Blu-ray.com