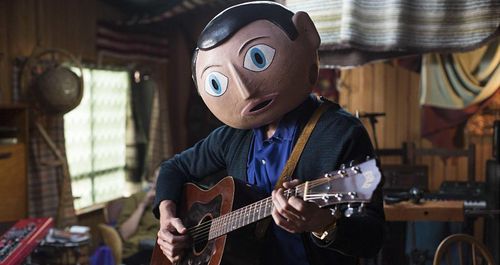 Although it deals with troubling areas of mental illness, “Frank” provides a distracting visual with its titular character. A masked singer in a rock band, Frank doesn’t pull off his oversized disguise for anyone, supporting the promise that co-star Michael Fassbender is never going to show his face to the camera, content to hide himself as part of his character. It’s an effective tool to trigger ticket-buyer curiosity, and the gimmick does get “Frank” surprisingly far. It’s the film’s understanding of depression that leaves much to be desired, unsure if it wants to be a funny movie or a moving one, with director Lenny Abrahamson creating a diverting but vaguely penetrative picture that’s so concerned with idiosyncrasy, it’s missing consistency. Read the rest at Blu-ray.com