Film Review - A Letter to Momo 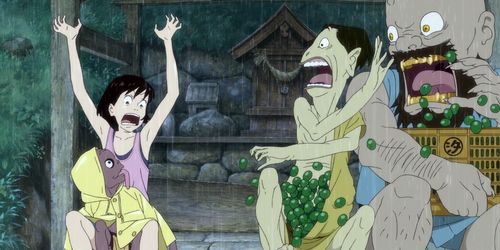 Japanese animation rarely finds its way to American screens in any significant way, making the release of “A Letter to Momo” all the more special. Mercifully, the picture earns such attention, submitting a mournful and sometimes silly fantasy that’s Studio Ghibli-esque in design, but carries its own personality with style and sensitivity. Although it doesn’t thunder forward with much originality, “A Letter to Momo” gets far on feelings, offering audiences a helping of magic that seasoned with slapstick and a direct hit of regret, which encourages a few tears to go with the laughs and wonder. Read the rest at Blu-ray.com