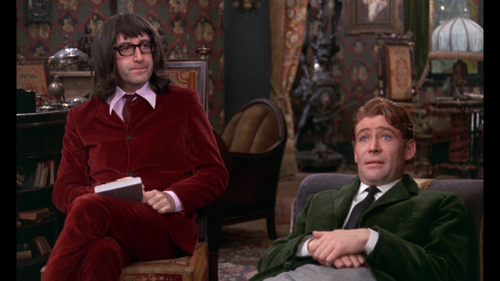 I'm sure at the time it all seemed foolproof. Team one of the most respected actors in the industry with a powerhouse comedian, working from a script by an up and coming talent just beginning his film career. With Peter O'Toole, Peter Sellers, and Woody Allen participating in 1965's "What's New Pussycat?," there was little room for doubt. However, such beaming intentions don't always secure an ideal movie, and while Allen's screenplay is bedazzled with his distinct sense of humor, actual laughs are buried under layers of chaotic behavior, with director Clive Donner unable to control the whiz-bang energy of the effort, often mistaking noise for timing. "What's New Pussycat" offers a few bursts of insanity worth paying attention to, but as a farce, it never finds its footing, missing a golden opportunity to make iconic mischief with a trio of determined leading men. Read the rest at Blu-ray.com