Film Review - My Man Is a Loser 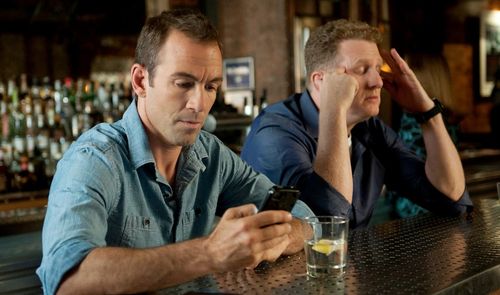 It’s difficult to discern exactly what audience “My Man Is a Loser” is intended to appeal to. Male viewers should be offended by the screenplay’s assertion that all married guys are nitwits incapable of managing their problems, constantly befuddled by the opposite sex. Female viewers probably won’t appreciate the paint-by-numbers broheim vibe writer/director Mike Young establishes, with strip club visits and exposed male genital humor likely lost on most ladies. Of course, all could be forgiven if the movie was even the slightest bit funny, but Young doesn’t make much room for wit, depending on tired improvisations and a clichéd battle of the sexes scenario to fill up the feature, which runs out of breath as soon as it commences. Read the rest at Blu-ray.com