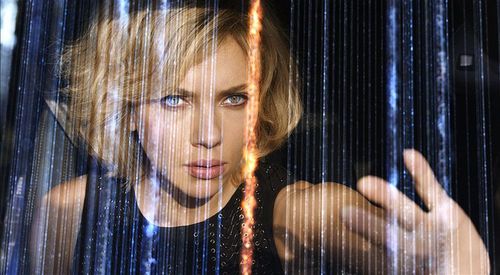 The great thing about “Lucy” is how it brings writer/director Luc Besson back from the dead. At least career death, with recent fare such as “The Family” and “Arthur and the Invisibles” showcasing a once vital filmmaker trying to find his voice again. “Lucy” isn’t that strong of a movie, but it has guts, a real sense of bravery for a summertime release, trying to give audiences a little more to chew on than your average slam-bang production. It’s surreal, exploratory, and interpretational -- a puzzle of the mind that Besson manages with immense concentration, even when it reaches for the stars in terms of philosophical and scientific concepts. Trying to create his “2001,” Besson overestimates his ability to tie it all together, but when it’s interested in challenging viewers with its brain-melting ways, it’s quite the spectacle. Read the rest at Blu-ray.com