Film Review - Guardians of the Galaxy 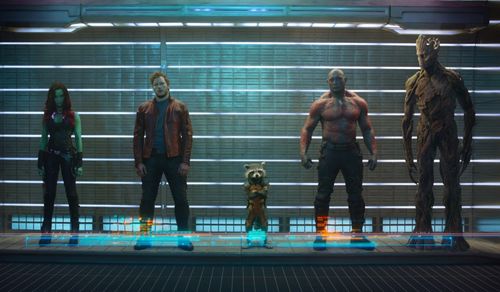 Up to this point, Marvel Studios didn’t have it easy, but they certainly had an advantage. Mining its most popular characters to create a cinematic universe filled with heroes and villains, the fantastic highlights of icons such as Captain America, Thor, and Iron Man filled the screen with familiar moves of derring-do and outrageous power. But now it’s time for a change, with the creative team turning their sights on “Guardians of the Galaxy,” a relatively unknown property that traditionally earthbound action into deep space. It’s a gamble that pays off splendidly for Marvel, who not only strike gold with this oddball collection of adventurers, but manage to create one of the most satisfying pictures of the series. Read the rest at Blu-ray.com